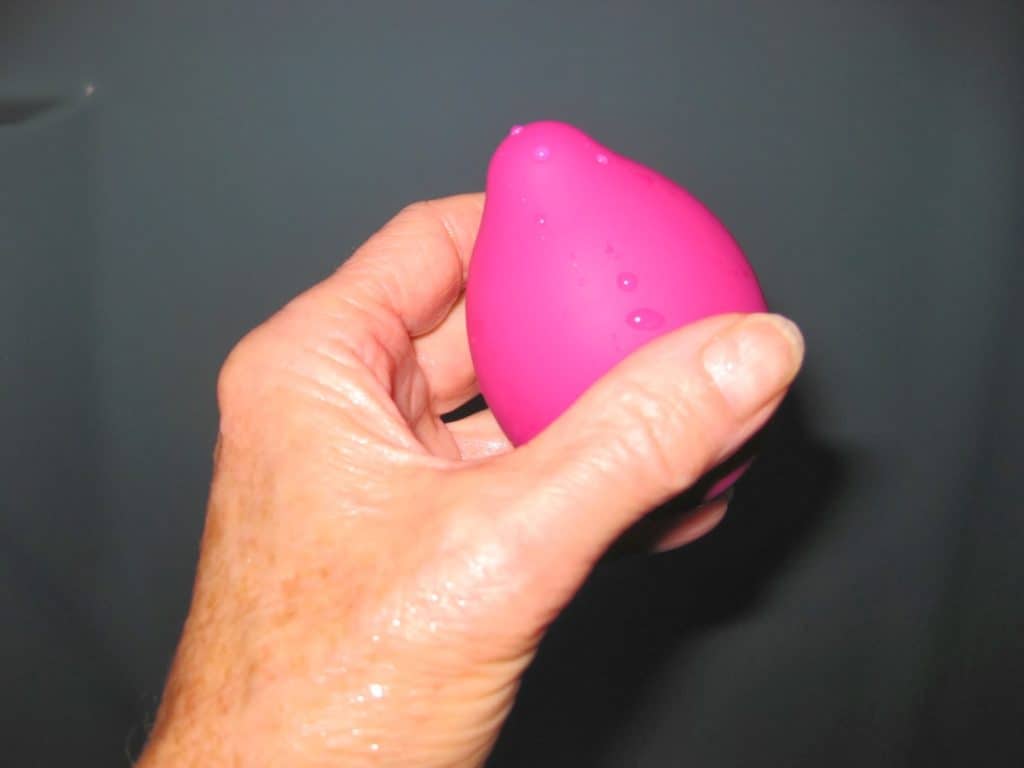 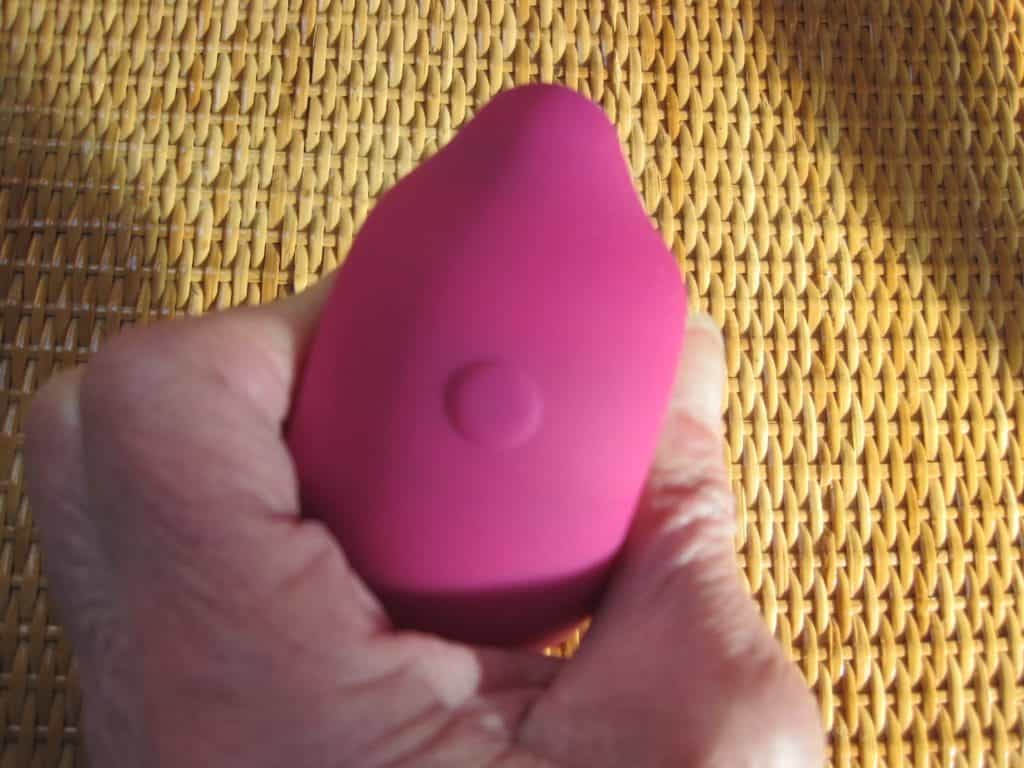 It works like this: Power it on with the button, then squeeze the sides of the Limon. The harder you squeeze, the stronger the intensity. I love this idea!

The Limon is squishy soft on the sides, but the little bud at the tip is firm. If you want a firm touch on your clitoris, use the tip. If you like the vibrating squishiness all over your vulva, use it side down.

You can hold it with your hand, or squeeze it between your thighs, mostly hands free. (I say “mostly” because it will skitter out of position unless you give it a hand from time to time.) Just be careful to position it so that you won’t accidentally press the control button. 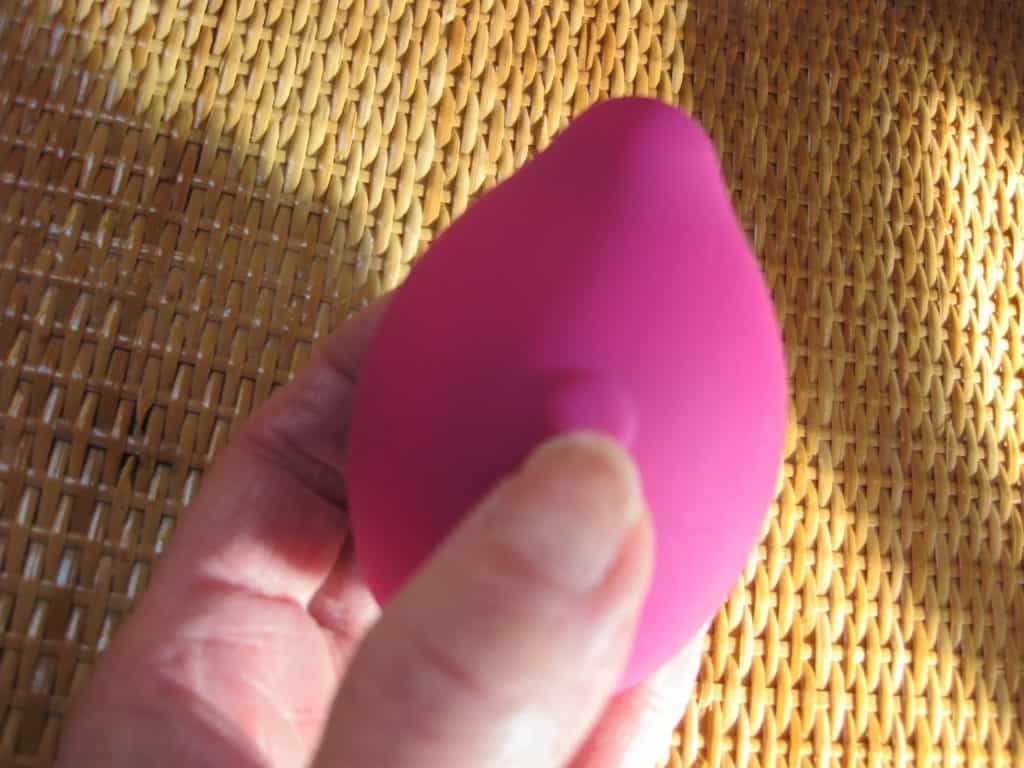 You can even record a pattern. It’s easy. One press of the button powers on the Limon, a second press sets it recording. Do any pattern of vibrations and intensity that you want, for example, “quick-quick-cha-cha-cha-slowwwww” or gentle-stronger-INTENSE” or any pattern that appeals to you. Then do one more press to lock in the pattern. Now it will loop your pattern until you press again to unlock or hold down the button to power it off. (Once you do that, you’ll have to re-record the pattern next time you turn it on.)

If you don’t want to record patterns — no problem. One press turns it on, and from there, just freestyle away.
I wasn’t sure, though, how I could accomplish my goal: a steady vibration at the highest intensity. I could squeeze hard to get that intensity, but did I have to keep squeezing hard (my arthritis said, “No, please!”) — or could I program it to keep the strongest vibration going continuously without any more squeezing?
I emailed Jon, one of the founders of Minna Life, who responded quickly:

Your question about constant speed vibration is a good one. Yes, we designed Limon to make this very easy. Here’s how you create a steady vibration:

1. Put the device in “Free Play” mode (only the power light will be on, such as right after you turn it on).

2. Squeeze Limon to your desired intensity. Strong, soft, or anything in between.

That’s it! Just double click the button while squeezing in Free Play mode. 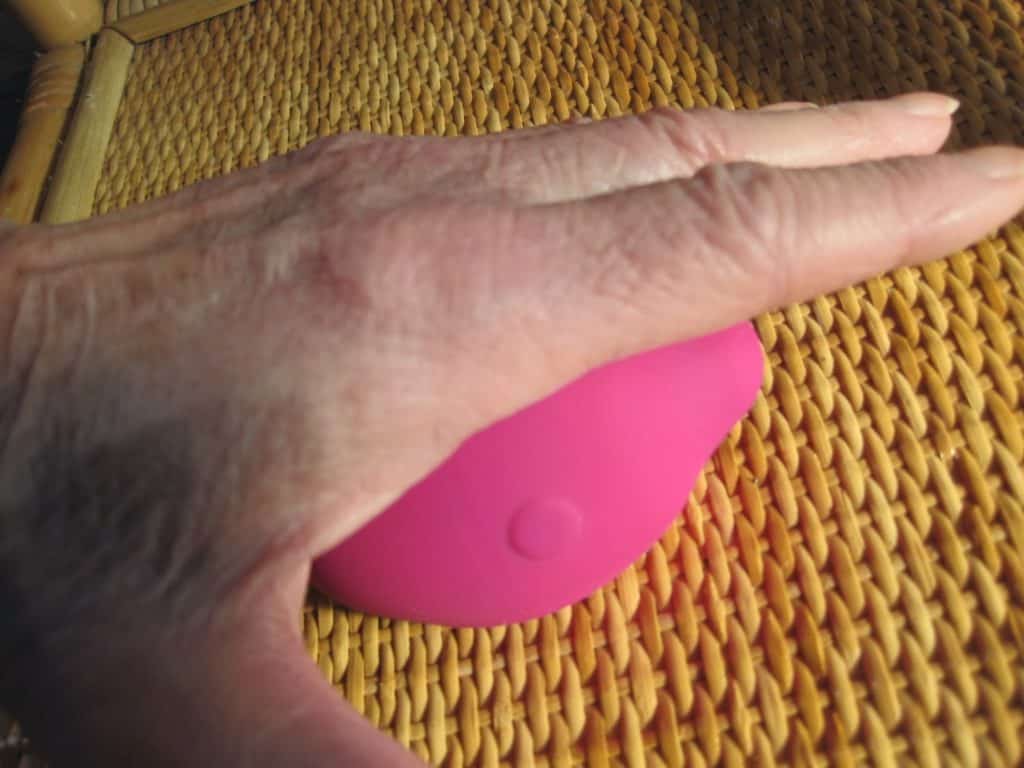 It worked! Now I can just gently hold the Limon in place for as long as I want while it vibrates on the strongest setting, with no arthritic stress at all. 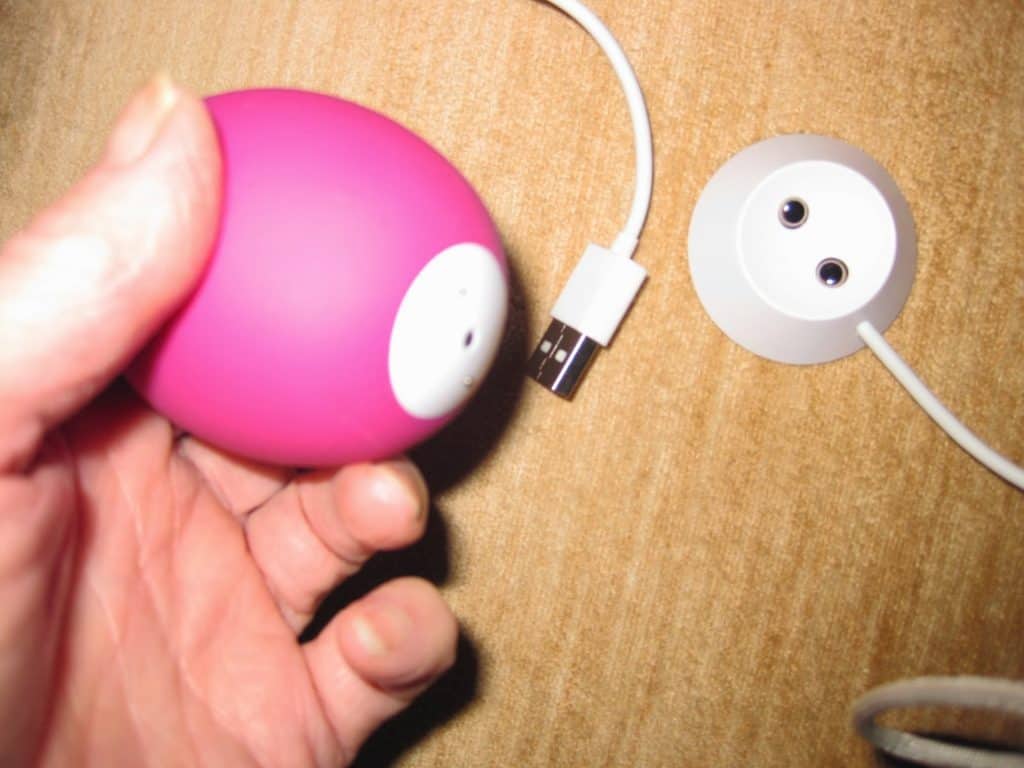 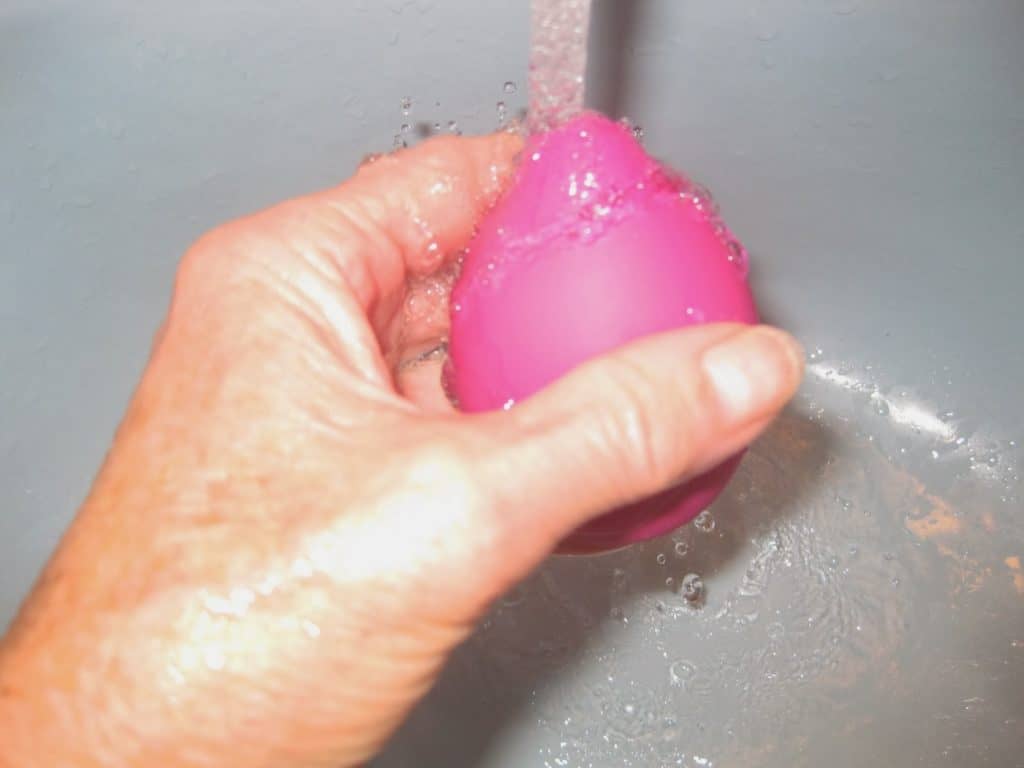 What do I wish were different?

[Minna Life provided me with a free Limon in return for an honest review.] 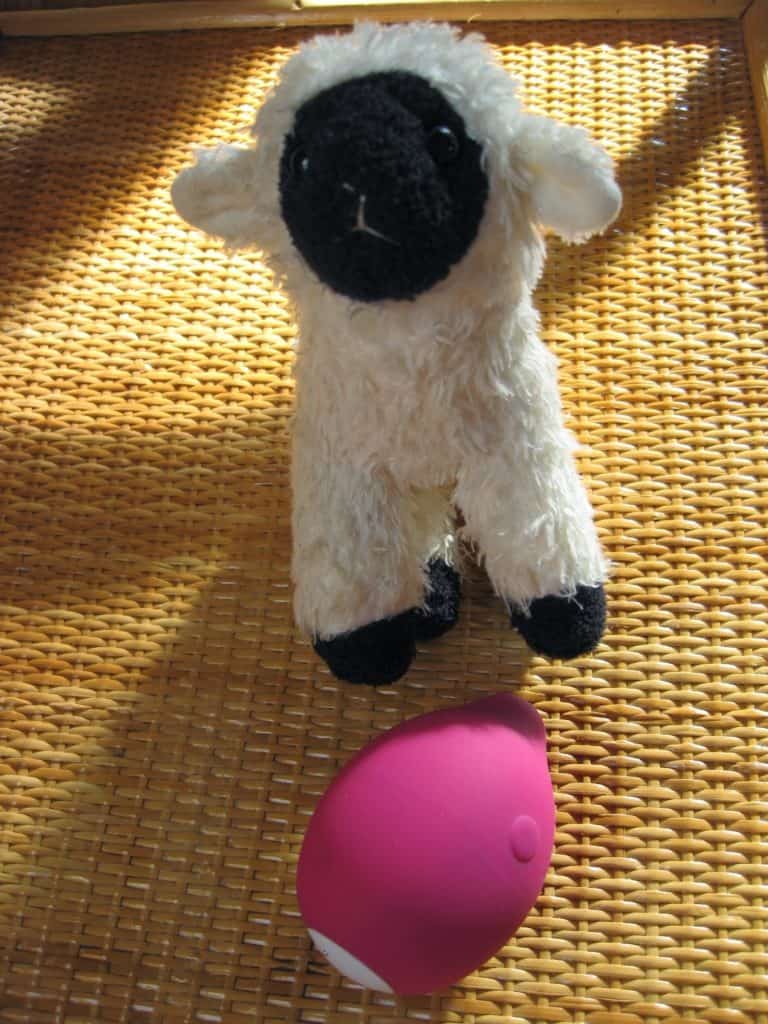