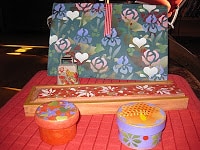 11/8/2010: Two days from my 67th birthday, and I miss Robert terribly. He always made such a fuss over me on my birthday, cooking me a special meal (vegan mushroom stroganoff and vegan chocolate mousse, for example), writing loving messages in carefully chosen cards, and either buying or painting something special for me. 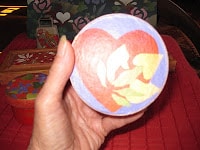 He painted a wooden cigar box to create a beautiful jewelry box to hold the earrings he delighted in gifting me. He decorated little boxes for me. He was moved by a story I wrote and painted a folder to hold it. He even decorated a cane when I was injured and couldn’t walk unassisted.
Whenever he painted something utilitarian for me, he always included a heart, sometimes easy to find, like the box above, sometimes needing a concentrated hunt because he hid the heart in the design. He would watch me search for it, sometimes shaking his head because I was blindly missing it.
The most wonderful gift was this Kimono painting he created for me for Christmas 2002. The hanging parts are painted on muslin; the “sleeves” are on canvas. He became well known for these kimono paintings and was able to sell as many as he could paint. 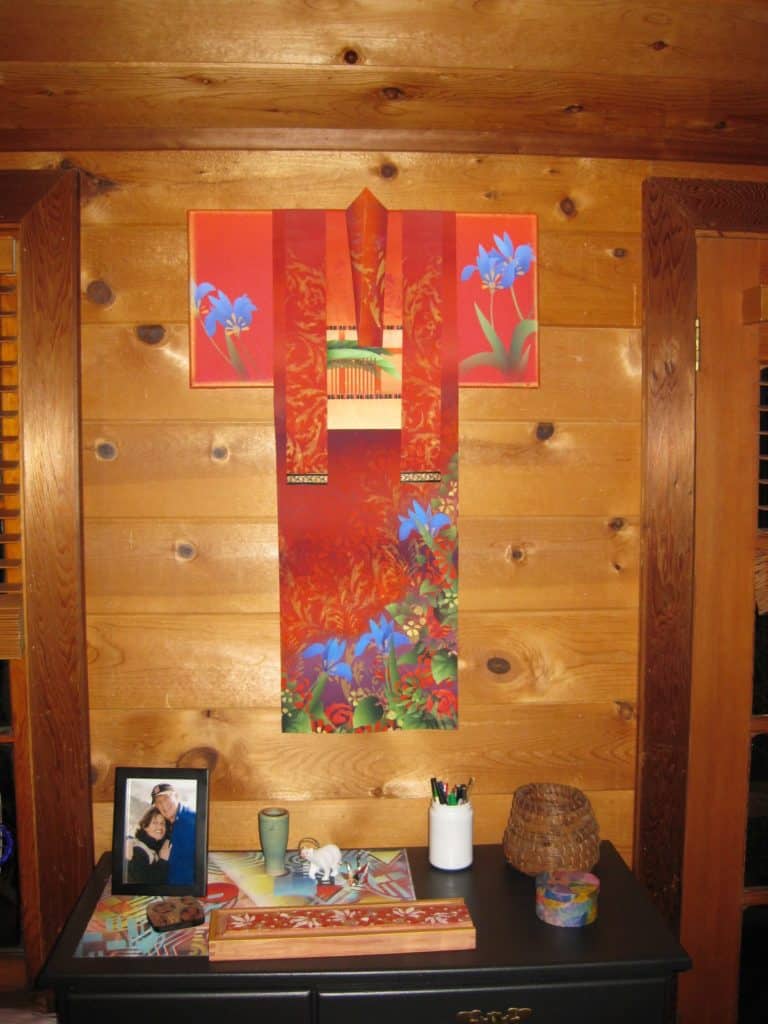 Then, having learned he had cancer and didn’t know how much time he would have to work, he decided he would do no more kimonos, no more “pretty paintings,” in fact.
Instead, he delved into his soul and his drive to develop as an artist and painted some of his best work. See it here:
I know I’m moving forward after two years and three months wihout Robert — new experiences, new friends, new accomplishments, even dipping my toes into dating. I can’t bring him back, so I must live my life without him.
But anyone who has grieved knows that special days like birthdays and holidays pack such a punch that our gut recoils, our heart fills with holes, and the healing seeps out. Grief isn’t linear, it’s cyclical. Each time, as my uncle Larry Leshan tells me (he lost Eda LeShan, his wife of 58 years), “Although the knife is as sharp, it doesn’t cut as deep or as often.”
“To my wife on her birthday,” Robert’s final birthday card to me said. “Every day with you is more special than the last. All my love to you, today and always. Robert 2007.” 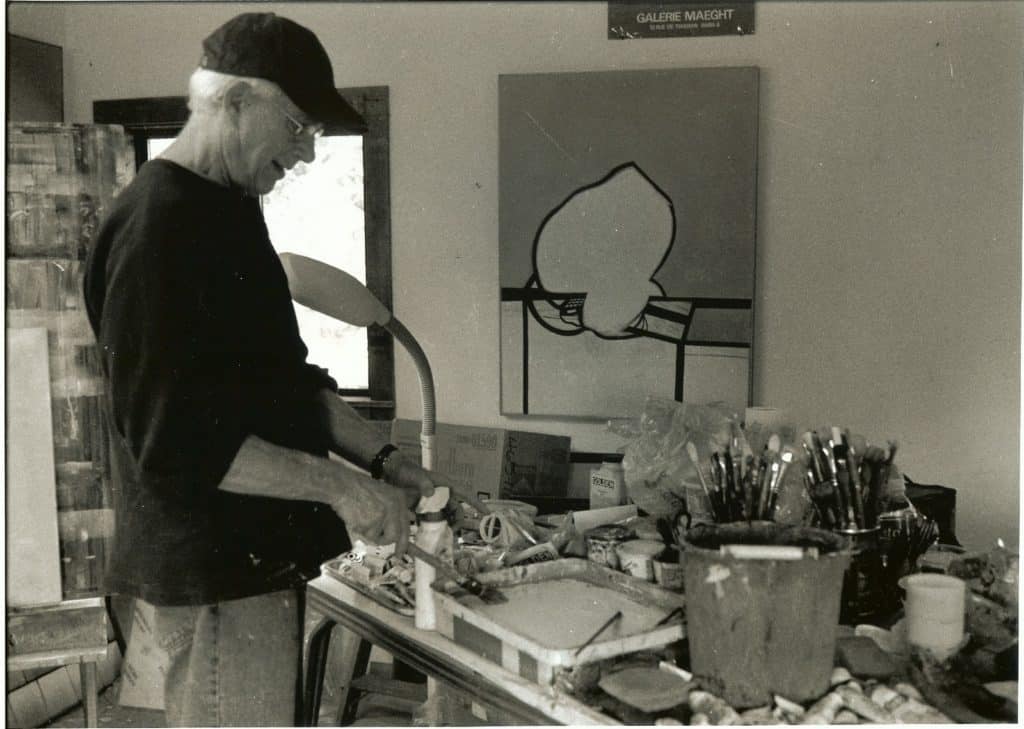