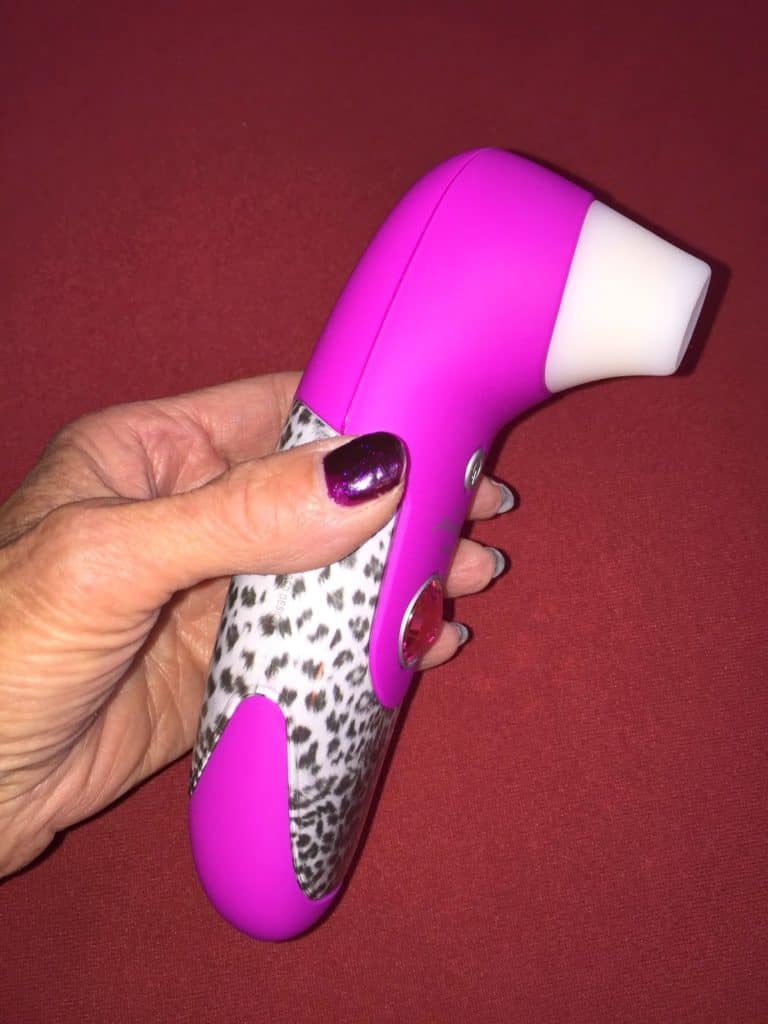 2021 update: This first version of the Womanizer is no longer available (mine should go in a museum), but later versions without the garish decoration and thumb-stabbing jewel are sure to delight! I’m keeping this review (after removing the dead links) because it’s fun to see this original version. Check out LoveHoney’s newest Womanizers.

The Womanizer from LoveHoney.com is a sex toy that sucks your clitoris — and that’s a rock-your-world sensation!

Let’s get this part out of the way first, though — this is the ugliest, tackiest looking sex toy that has ever graced my nightstand. It looks like a design by sixth graders assigned to figure out what a girly ear thermometer might look like. It’s a garish shade of fuschia, with animal print decoration. The “+” button is a fake jewel. 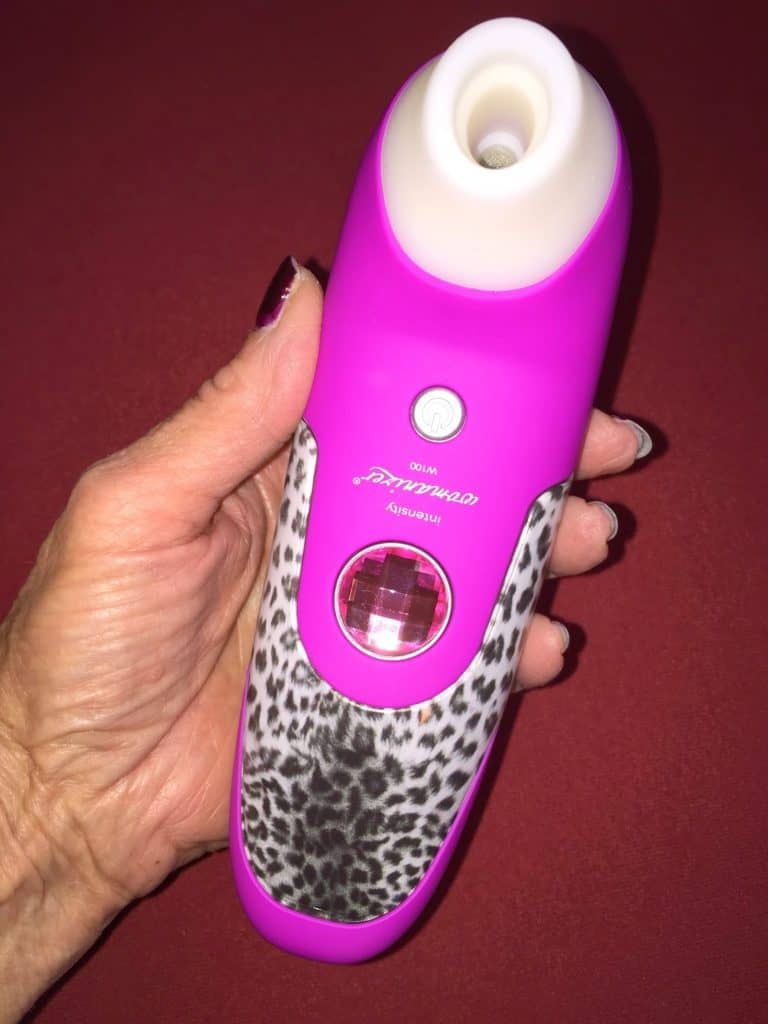 And the name —  Womanizer. Seriously?

This might be a deal breaker for you: it’s very expensive, about $200. (Yes, it should be less ugly for that price.) But if the idea of having your clitoris gently and rhythmically sucked for as long as you want makes you squirm, save up for it. It’s worth it. 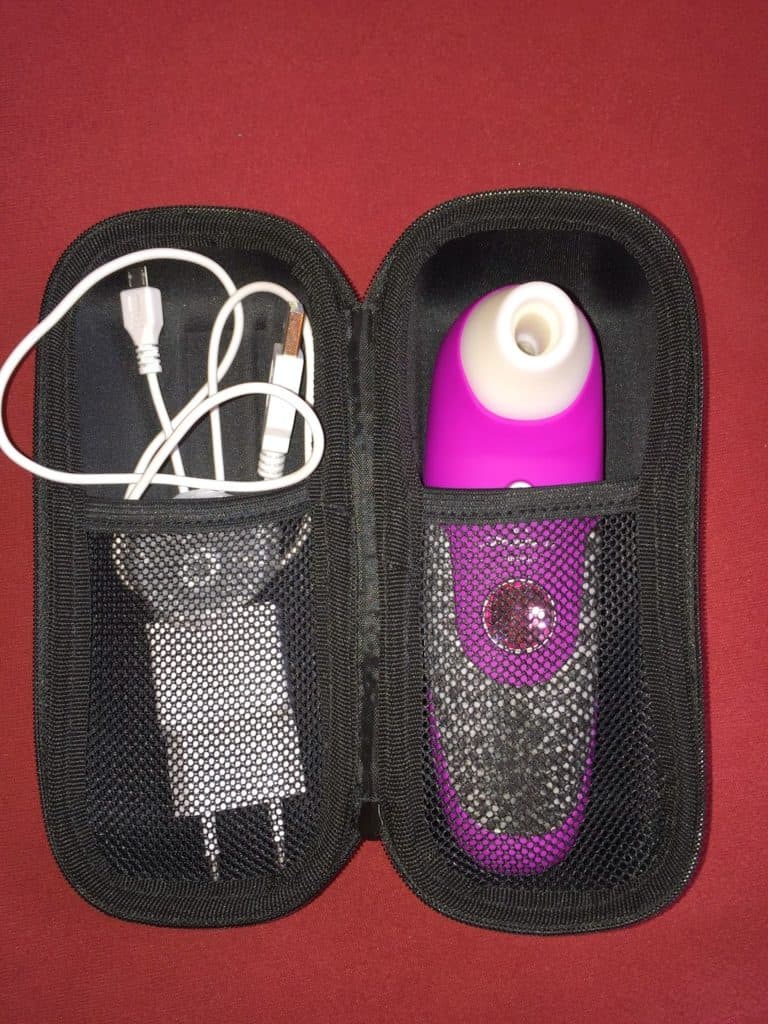 The Womanizer charges via USB, so there are no cords to wrestle with while you’re using it.  It comes in a hard case in an unattractive shade of bubble gum pink. 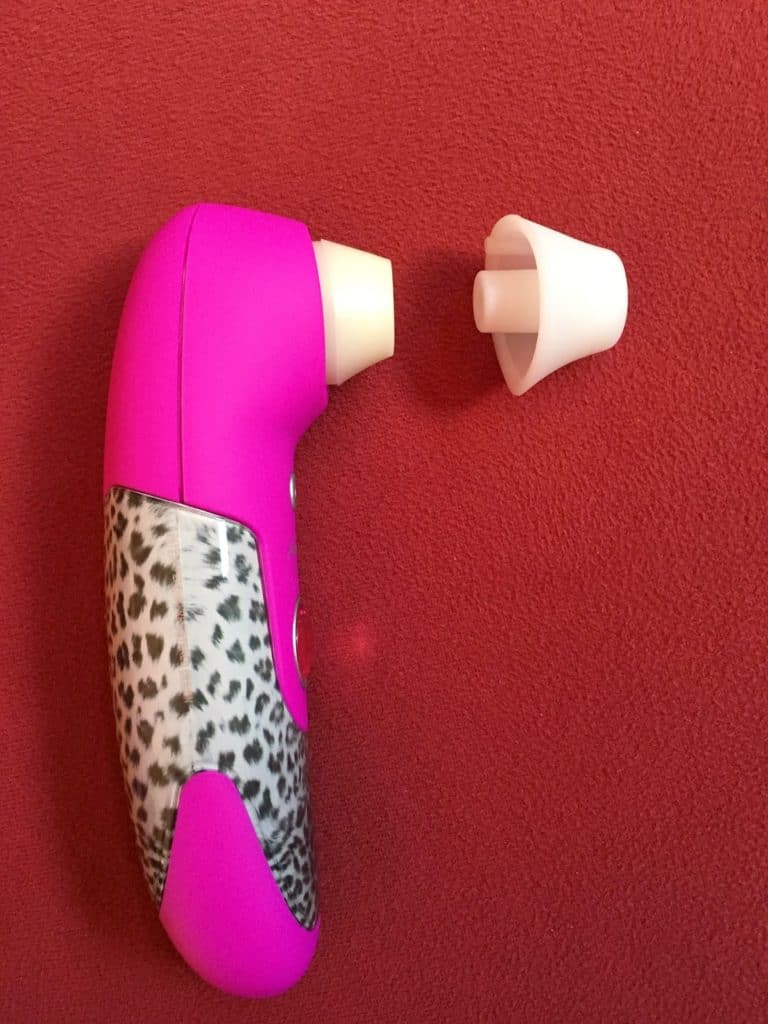 The silicone part that nibbles and sucks your clitoris comes off for easy cleaning, and there’s an extra in the case in case you need it. One caveat — the manual says that you can use silicone lubricant, but you cannot. The tip, which is the part you need lubed, is silicone, so use  water-based lubricant with it.

Bottom line — Give me that clitoral suction sensation — I love it. I can get past ugly by closing my eyes.

Thank you, LoveHoney.com, for sending me the Womanizer. 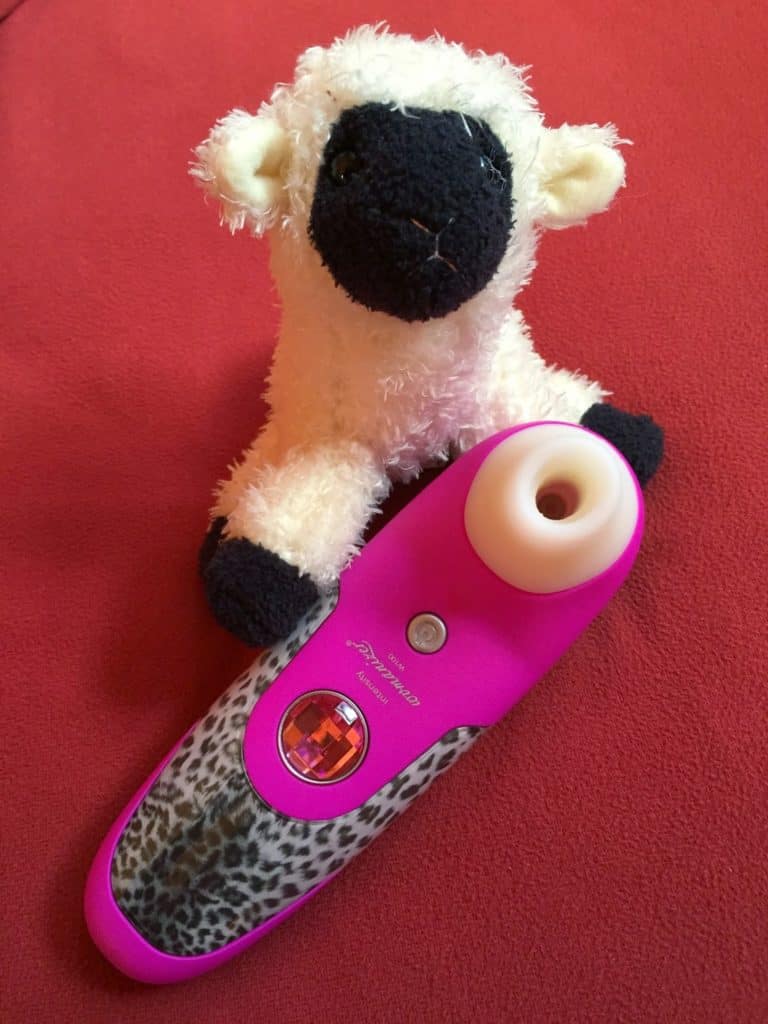