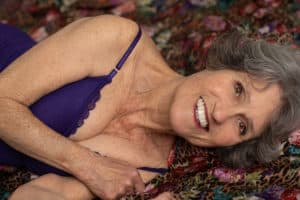 In January 2007, in the early years of this blog, I wrote a post titled, “Don’t call me a ‘little old lady'”!” Thirteen years later, my feelings have completely changed. Here’s what I wrote then:

I’m always surprised by how acceptable it is in our society to call older people disparaging names.

I was reading a newspaper article today about Barack Obama’s popularity in Illinois, which quoted Emil Jones Jr, president of the Illinois Senate, as saying, “Sitting across the table from me was a little old lady, said she was 86 years old,” who hoped she’d live long enough to vote for Obama for President.

I was startled by reading this mature woman described as “a little old lady,” and I didn’t like it. OK, I’m little (4′ 10″), 63 years old, and female — but “little old lady” belittles my maturity and experience and sounds like it would be uttered while patting me on the head. Didn’t the 86-year-old elder deserve a more dignified description? If she had been male, would she have been described by Mr. Jones as “an old geezer”?

…I know there’s no consensus about what to call older people without offending us! I like the term “senior,” although I know some dislike it. I like “elder” because it connotes wisdom and sounds respectful, even reverent — but I don’t feel old enough to deserve being called an elder. “Mature” is a nice adjective, though “mature adult” sounds stilted.

Here’s how I feel now:  If a little old lady can make her living writing and speaking about senior sex — which I do — and keep her body strong by teaching line dancing, practicing Pilates, and walking miles a day —  all of which I do — then go ahead and call me a “little old lady.”

When Gloria Steinem turned 40 and a reporter told her she didn’t look 40, she said, “This is what 40 looks like!” We continue to redefine what aging looks like, feels like, and acts like. Join me!

Q to you: How do you feel about being called “senior,” “old,” and so on? I invite you to comment. You’ll see 18 comments from the first post — let’s add to those. I know we won’t all agree, so please disagree politely. 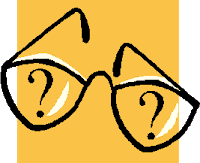 If you’re over 50, 60, 70 and beyond — in what ways do you feel invisible as a sexual being? Have you experienced age prejudice? E.g. from medical professionals? community services? caregivers? colleagues? dismissive attitudes from others?

I’m collecting examples of age prejudice for an upcoming talk. Comment here or email me with the subject header “Invisible.” I won’t use your name if I quote you. Please include your age.

Here are some examples from readers of my Naked at Our Age Facebook page (which I hope you’ll “like” if you haven’t already) to get you thinking:

I’m 64. A few years ago, I saw a male physician who began almost every sentence to me with “A woman of your age….” as if I was geriatric in every sense of the word and he needed to explain how I no longer had the physical abilities of a “young and healthy” woman.  He was lecturing me on how I needed to change my expectations for my body and make allowances for those changes. The irony was his age, at least 50 himself.

I was using the free wi-fi at the Senior Center. Anything that has “sex” in it is blocked.

I’m 53, and I often feel invisible in social groups. I was in a mixed-age group once  online where younger men were telling sex jokes. An older woman joined in, not flirting with them, just telling her own stories. When she mentioned being in her early sixties they flipped out, complained about feeling sick, and so forth. Honestly a lot of men my own age aren’t much better. Sometimes I look in the mirror to see if I’ve grown a second head with the way that they act. I just don’t feel comfortable flirting and being sexual the way I used to because of the negativity I keep seeing towards women over 50.

Try being a gentleman and over 70. If I compliment (all PC and non sexist) a woman under 50, I get the “dirty old man” look! Can’t a compliment just be that? My wife often will compliment another gal on her fashion, and it’s accepted with a smile. I wouldn’t dare try that!

I want to be invisible, in fact miles away, when someone at a family gathering starts talking about:

Of course yesterday’s New England Journal of Medicine report on senior sexuality prompted not only a respectful and informative media blast, but also the kind of stereotypical response we’ve come to expect, such as “Senior Sex Study Shows Nana and Papa Still Getting It On“
by Ted Gay. An excerpt from Gay’s satirical site:

Jane Stacy, a ninety-four-year-old paraplegic who is cared for by her husband, Van, said that their love life was sparked after she showered and he placed her in her chair to dry and fell face down in her twat.“I said, ‘as long as you’re down there, Van, tend to the clitoris,’ which I was most happy to say he did,” Jane said.When he was asked what Jane tasted like, Van shrugged his shoulders and said, “Depends.”

Is this funny? I know, Postcards is a satirical site, and it even says, “the editorial content on this page is fictional. It is presented for entertainment purposes only. We cannot be held responsible for the actions of anyone who takes this sort of thing seriously.” What I’m bothered by is that the elderly seem be fair game for ridicule, and that’s what I don’t like.

Am I oversensitive when I say this is the kind of senior sex stereotyping and putdown that I resent? Should I just laugh, as I’m sure Gay intended? Or is this just one more example of our society’s view of elders as pathetic and ludicrous if they enjoy and/or desire sex?

What do you think? Please tell me.

Thanks to Cole Porter, we know that birds do it, bees do it, even overeducated fleas do it. Well, apparently oldsters do it, too.

Happy Valentine’s Day! I was delighted to be profiled in the North Bay Bohemian‘s 2007 Sex Issue in a lively article by Brett Ascarelli titled “Certain Age.” Here are some excerpts:

Last fall, ABC Nightline sent a crew to Sebastopol to interview author Joan Price about seniors, sex and dating. Price, a former high school teacher turned fitness author and guru, fell in love a few years ago, drawing media attention when she claimed that she was having the best sex of her life. In 2006, she released Better Than I Ever Expected: Straight Talk About Sex After Sixty (Seal Press; $15.95), already in its second printing. The book features interviews with “sexually seasoned women,” experts’ advice about keeping the nethers in shape and Price’s own musings on the challenges of being a sexy senior. The book’s popularity spawned a related blog, in which Price moderates discussions about sex for the mature set.

One recent afternoon at her Sebastopol house, the 4’11” Price is wearing a rhinestone-covered blouse and Mary Janes. No wonder she’s getting some; at 63, she’s super-fit, thanks to a frequent work-out regimen and what must still be damn good metabolism, given the chocolate cookies she’s munching.

… Price is a poster-adult for the cause and now fields sex-related questions from mature adults at workshops across the country.

“I call myself an advocate for ageless sexuality,” Price laughs, “but maybe I’m trying to do more than that: I’m trying to change society one mind at a time, I guess.”

Ascarelli, a young woman, took to heart my comments about the need for society to change its ageist attitude toward sex. She quoted me saying, “I think it will be easier [for women in the future], especially if younger people pay attention to what we’re going through now and don’t see us as the Other, but just as themselves in a few decades.”