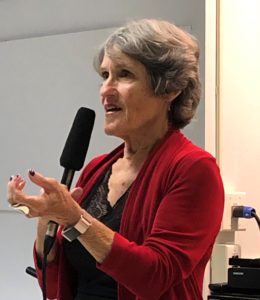 This important topic comes up so often when I speak or give interviews that I’m republishing this post from Oct. 2017. Please comment!

When do we lose the right to sexual expression? If we’re lucky enough to be active and independent now, we’re smart enough to realize that a time may come that we no longer can live on our own. What will you want for yourself? For your loved ones? How can you make sure that your wishes are respected?

Take some time to think about these ideas and questions:

As uncomfortable as this might seem, I suggest you write down your personal policy about your right to sexual expression in your later years: an Advance Directive for Sexual Rights, let’s call it. Then  share it with your loved ones. Just because you might be unable to voice your wishes when the time comes doesn’t mean you no longer have those wishes.

Personally, I want the right to decide when and how I want to be touched sexually — whether by my own hand, a partner I’ve chosen, or a sex toy that they’d better not pry out of my arthritic hands — for the rest of my life. Don’t you?

If I end up living in a care facility, I imagine I won’t submit to rules easily, unless they are as progressive as the Hebrew Home at Riverdale (NY), which has had a sexual rights policy since 1995, and updates it periodically. Until other homes catch up, it’s up to us to make our wishes clear.

Have you written your Advance Directive for Sexual Rights? Here’s mine:

[Excerpted from The Ultimate Guide to Sex after Fifty: How to Maintain – or Regain – a Spicy, Satisfying Sex Life  by Joan Price]

“I am not afraid to go to ‘a home’ when the time comes, but I am afraid they won’t let me even talk about Minipearl, let alone bring one in,” writes Susan Tixier at 67 in a guest blog for SeasonedSex.com titled “Retirement Home? Can I Bring My Sex Toys?” So she is talking about it now:

One day I’ll be going into a home and when that happens, let me be clear that I’ll need that (1) Minipearl can go with me, (2) I have plenty of batteries, and (3) there are no rules or reasons against my using it.
…
Recently, I had my 67th birthday and a dear friend sent me a new Minipearl. It occurred to me then that there would be a birthday – not too soon, one hopes – when I’d be in a home and I would probably be prohibited from receiving such a gift. That thought gave me a fright.

What would I do? Could I ask the caretakers to organize an outing to a sex shop? Would it put off other customers to see a gaggle of old people in diapers, using walkers and wheelchairs, shuffling around as they tried to find their favorite sex toy? Maybe I’d have to organize a smuggling ring?

Hmmm, I’ve heard there’s more sex going on in nursing homes than we know, and that’s despite never being able to lock the door. Does this include never 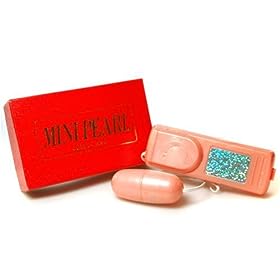 “Why is it so hard to remain sexually active in a nursing home?” Ira Rosofsky, psychologist in long-term care facilities, asks in “Sex Bans in Nursing Homes” in the Los Angeles Times, August 19, 2009. Rosofsky is the author of Nasty, Brutish, and Long: Adventures in Old Age and the World of Eldercare.

“Where is the law that says you check your rights and liberties at the nursing home door?” Rosfsky asks, then answers, “There is none that I know of. In fact, the law says you retain the right to a sex life wherever you reside.”

Oh? It’s not that the law or facility guidelines mention sex, but nursing home residents are guaranteed the right to “maintain [their] highest practicable physical, mental and psychosocial well-being,” as well as “the right to privacy and the accommodation of personal needs,” according to Rosofsky.

Then why aren’t nursing home residents permitted enough privacy for self-pleasuring or coupling if they choose? Why can’t they enjoy sex — even solo sex — without an aide or custodian walking in? Why can’t they cuddle each other to sleep instead of taking a sedative? Why do few nursing homes have private spaces that residents can use, undisturbed by roommates or staff?

I participated in a panel discussion about senior sex in San Francisco a while back. One of the panelists, administrator of a forward-thinking nursing home, discussed frequent problems of the residents’ family objecting to Grandma having sex with someone other than Grandpa (even if Grandpa is deceased). Then there’s the issue of whether Grandma can indeed give consent if she has Alzheimer’s. How does the nursing home know whether she is making an independent decision about whether to have sex with someone who is interested in having sex with her, even pursuing her?

These are issues to be examined carefully, permitting the resident utmost dignity, respect, safety, and independence.

One nursing home that stands out in this arena is the Hebrew Home at Riverdale in New York which has a Sexual Expression Policy “to recognize and protect the sexual rights of nursing home residents, while distinguishing between intimacy and sexually inappropriate behaviors.”