Robert and I shared our first kiss nine years ago today, under the full moon after our line dance class. It wasn’t a sudden kiss — I had pursued this sexy, dancing man for nine months. We had danced, talked, strolled, even choreographed together — but, though always kind, he kept his distance. He admitted later that he was a little afraid of me, saw me sometimes as Spider Woman (!) because I was so assertive.

If you’ve read Better Than I Ever Expected: Straight Talk about Sex After Sixty, you know that I finally propositioned him by email. He turned me down, explaining gently that he didn’t make these decisions quickly or rush into sex. (Nine months: Quickly? Rush?)

Later that night he emailed me again. He had changed his mind!

“It’s been a while for these old body parts,” he wrote. “Maybe it’s time.”

We made a date to take a walk after the next dance class and discuss what to do next. We strolled under the full moon, not touching, and then stopped at a park bench.

There we shared our first kiss. And our second. Third. Twentieth.

We necked and petted like teenagers, the silver moonlight spotlighting our excitement. Then we made a plan to spend the following Saturday at his house and explore the next dimension of our relationship.

The memory of our first kisses remains strong in my mind, nine years later. So does the memory of our last kiss, two years ago today. As I wail with grief because Robert is gone, I embrace the precious joy of the seven years of great love that we shared. So many people never find that, and we did.

It is fitting that I finished writing Naked at Our Age the day before this significant anniversary, because Robert told me, shortly before he died, “Promise me you’ll keep doing your work.” I honor him by doing that. 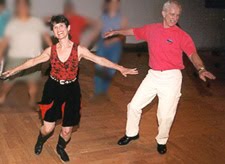 (I think these photos were taken before Robert and I shared that first kiss — they are the oldest photos of the two of us that I have. We had no idea how our lives were about to be transformed!) 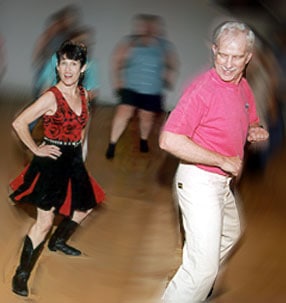