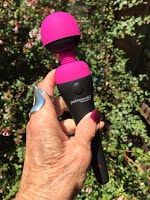 8/8/2016. Updated review, thanks to the new rechargeable version of the PalmPower!

Woo hoo, my beloved little PalmPower now has a rechargeable model, aptly named the PalmPower Recharge. If you’re not familiar with the original PalmPower, read my June 2014 review below, then come back here.

How’s the intensity compared to the corded version? Very similar, not exactly the same. I found the rechargeable a smidgen less intense and a bit more rumbly than the buzzier original model. It’s still powerful, especially given its small size. The design, size, shape are all the same, and the same attachments fit on both. Neither model is waterproof. You can remove and wash the cap (or other attachment), but you can’t use the PalmPower in the bath or the pool, sorry. 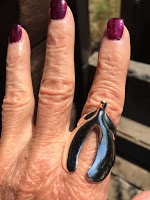 Many thanks to the Smitten Kitten for sending me the new model, for promoting sex positivity and sex education, and for supporting my mission here. Wonderful folks, those Kittens.

If you’re curious about the ring in the photo above, it’s the Clitoring from Penelopi Jones. The design is the internal clitoris — quite a conversation starter, eh? After I bought mine, I asked if they would offer a discount to my readers and audiences — yep, if you enter “niceprice” in the coupon box, you get 15% off. 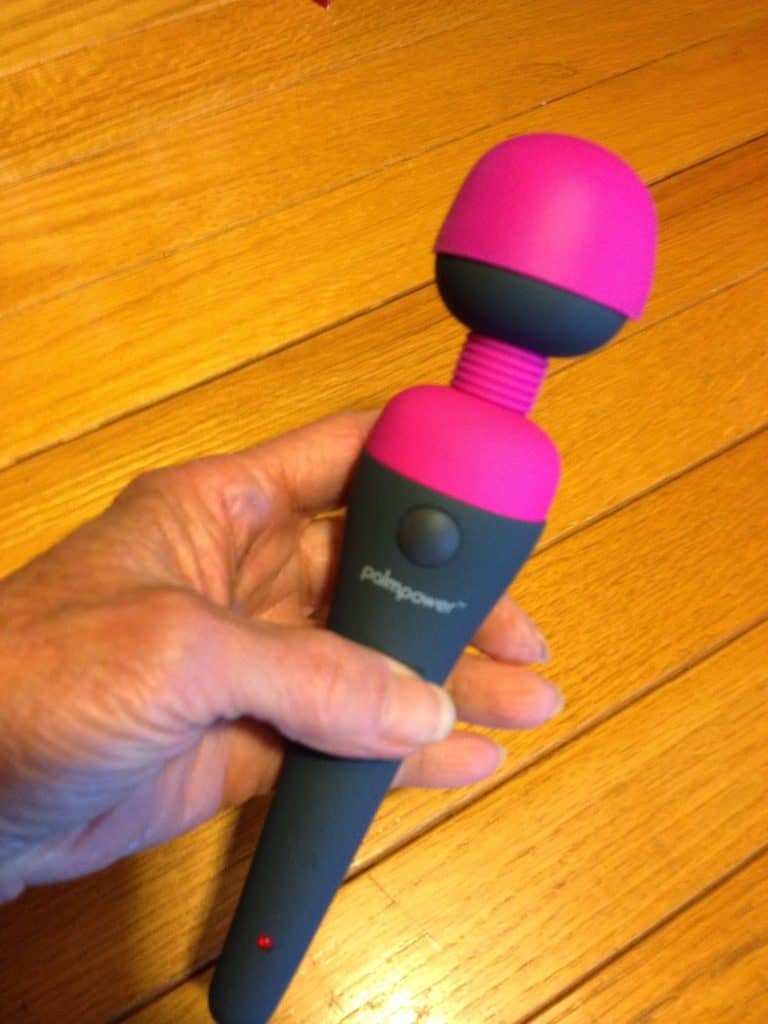 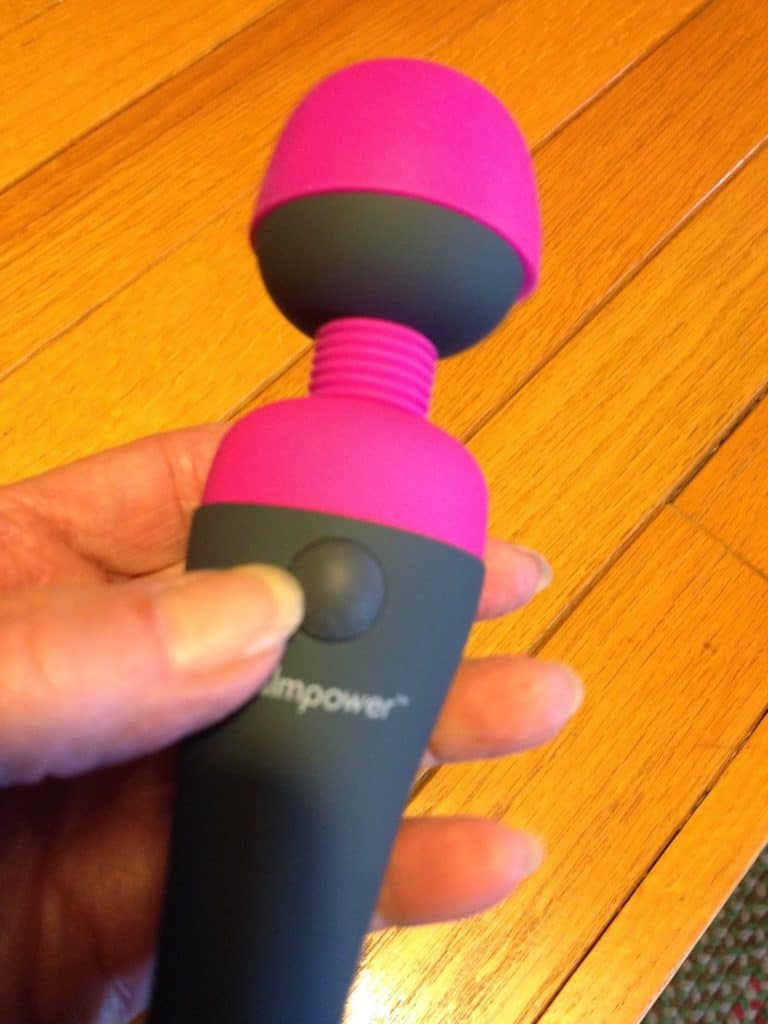 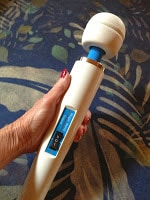 Until last week, the Magic Wand — my favorite since the 1970s — was the clear winner, with all but one of the qualities above. But you know that the Magic Wand, as stellar as it is in every other category, is far from “lightweight.” It’s huge and heavy, but we put up with that because of its world class performance. (And, frankly, it doesn’t take very long to reach our goal with the Magic Wand, so the monster heft of it does no real damage.) 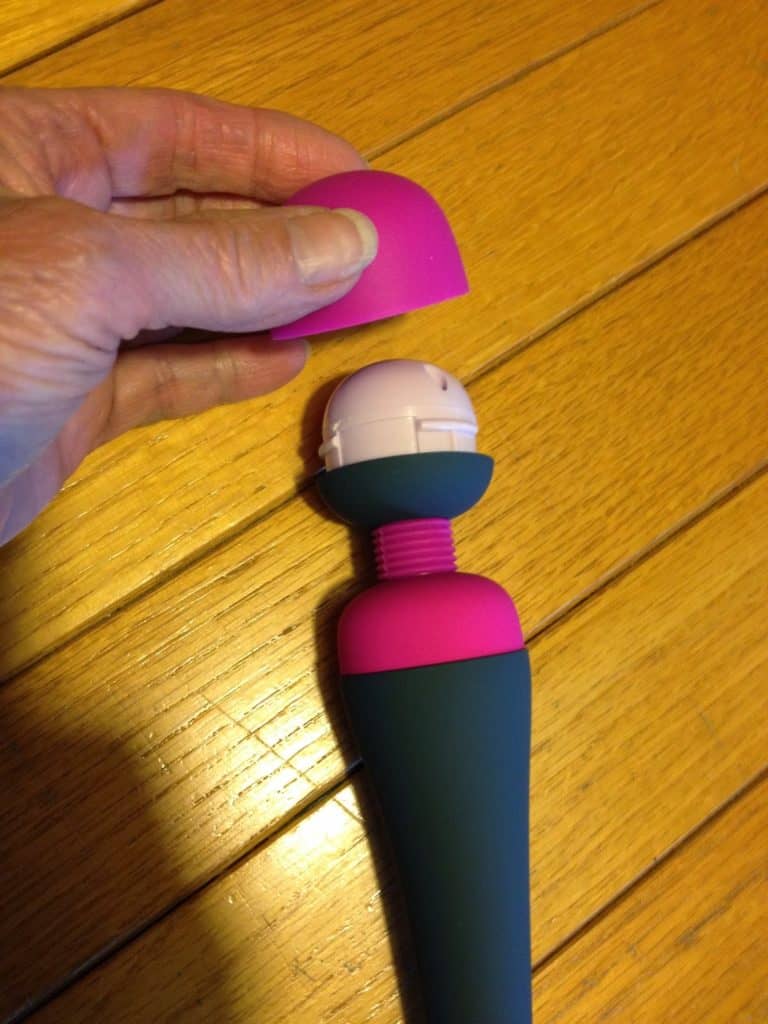 Using the PalmPower is simple. Plug it in (it comes with an assortment of plugs for different countries), press the button to turn it on. The longer you hold the button pressed in, the higher the intensity climbs! Release when you get the intensity where you want it, and it will stay there! (Sorry for all the exclamation marks, but I wish all vibrators worked like this.)  Press and release quickly to turn it off. That’s it. 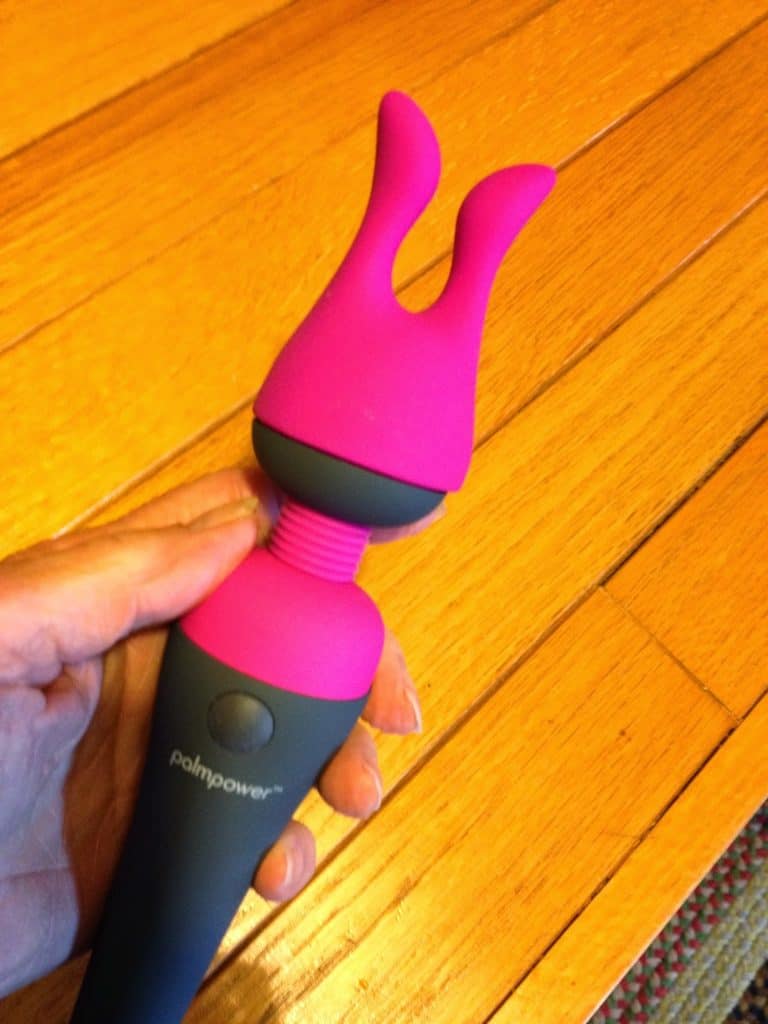 I received two of the four possible attachments — one with narrow “ears” and one with widely spaced “ears.” 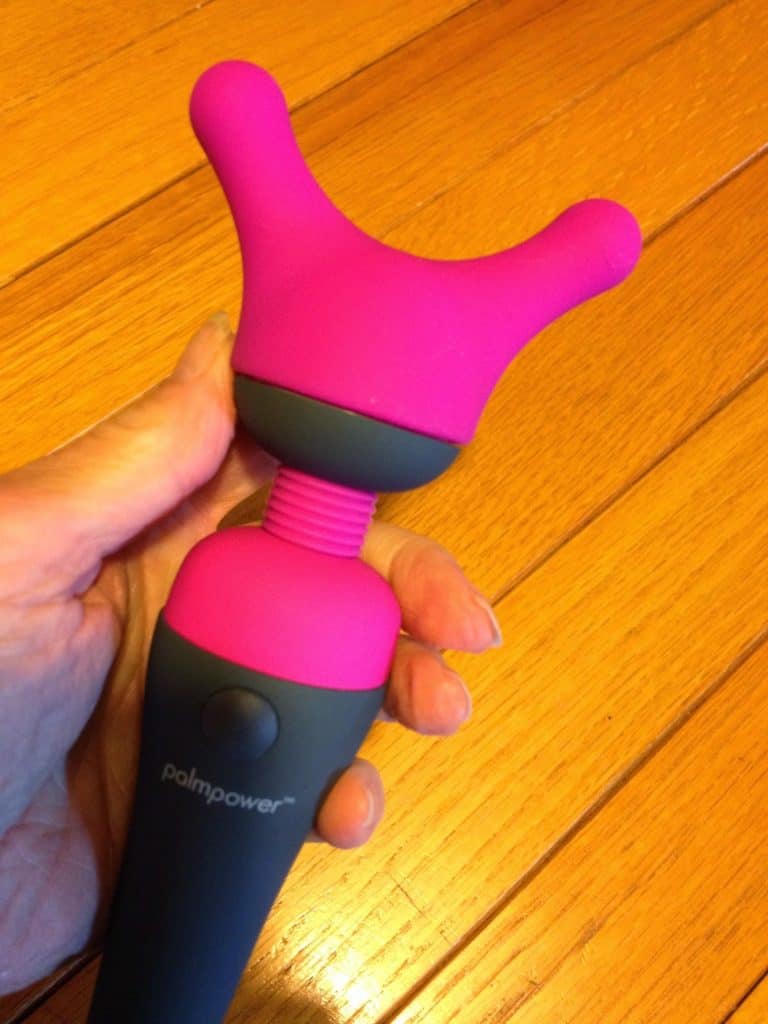 You can use the main cap and/or these attachments for honest-to-goodness massage, and the “ears” are also fun for penis stimulation. (Try the narrow ears on his frenulum, that sensitive, nerve-rich area where the glans meets the shaft on the underside of the penis.) 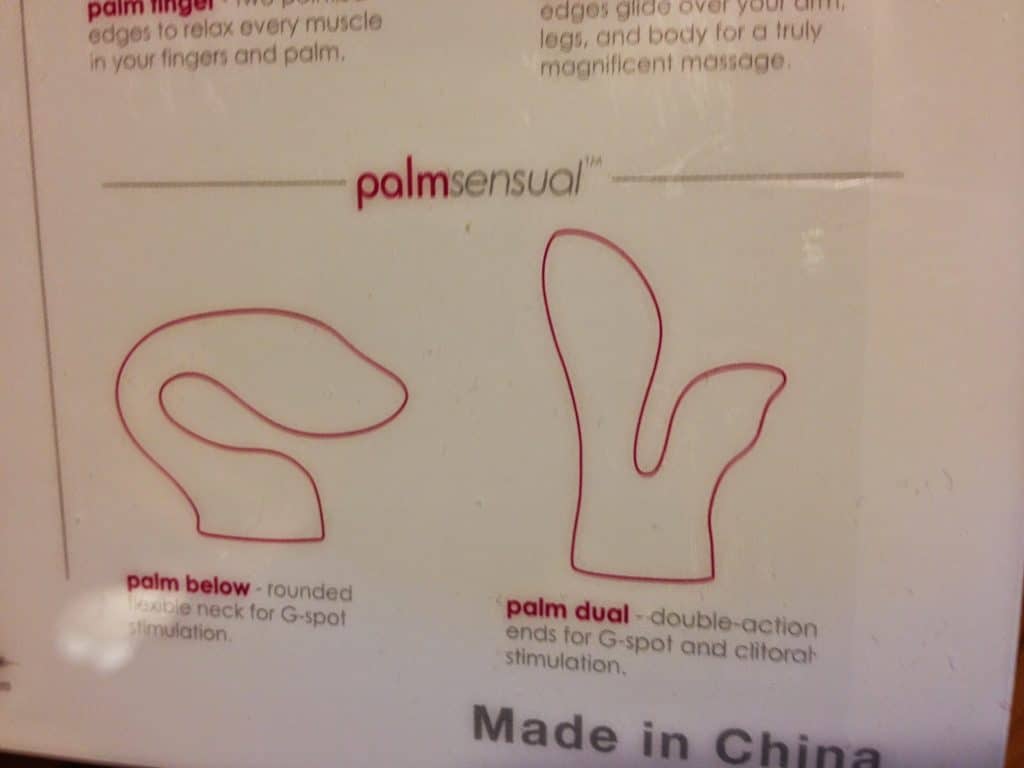 There are two more attachments that I did not receive — one turns the PalmPower into a rabbit (clitoral and vaginal stimulation) and the other is designed for G-spot stimulation. 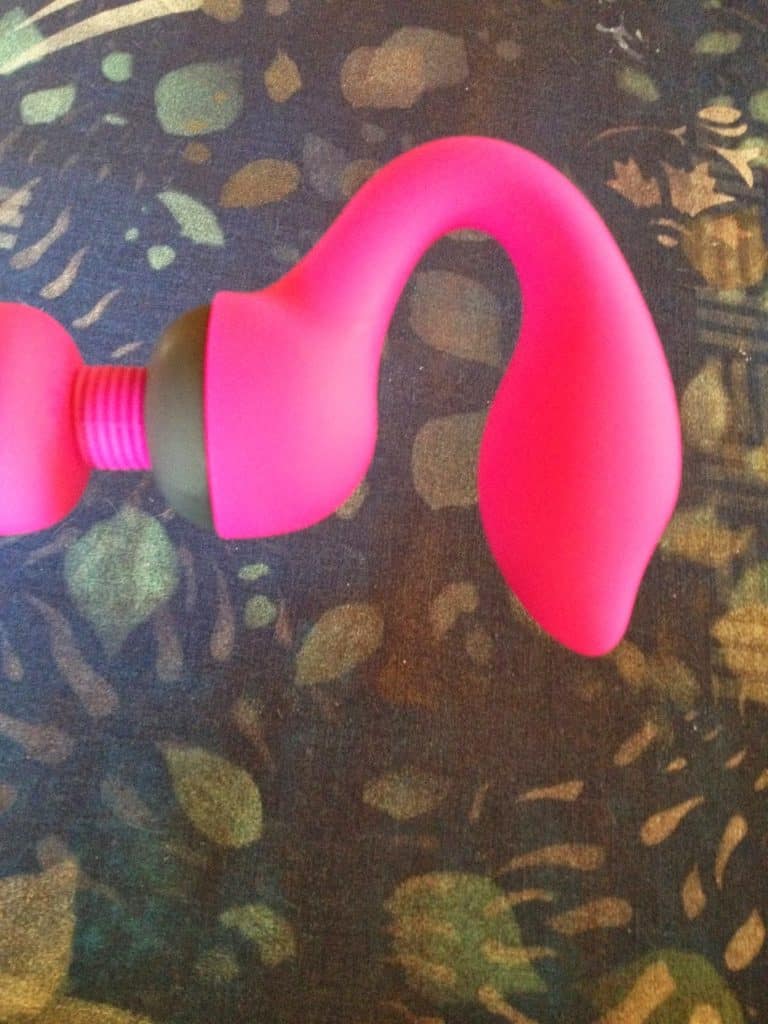 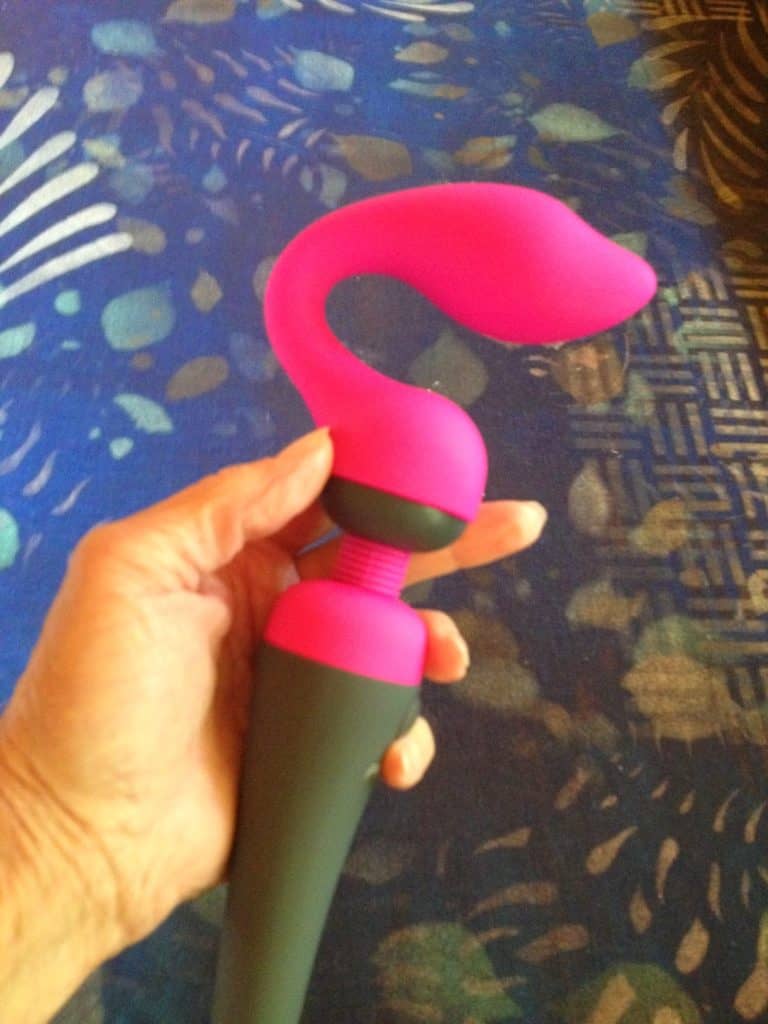 6/267/14 update: I’ve tested the additional attachments. The “rabbit” doesn’t do much for me, but I was surprised to discover that I really like the G-spotter! Here’s why:

The Palm Power does have some cons, but I’ll overlook them because of all the pros: 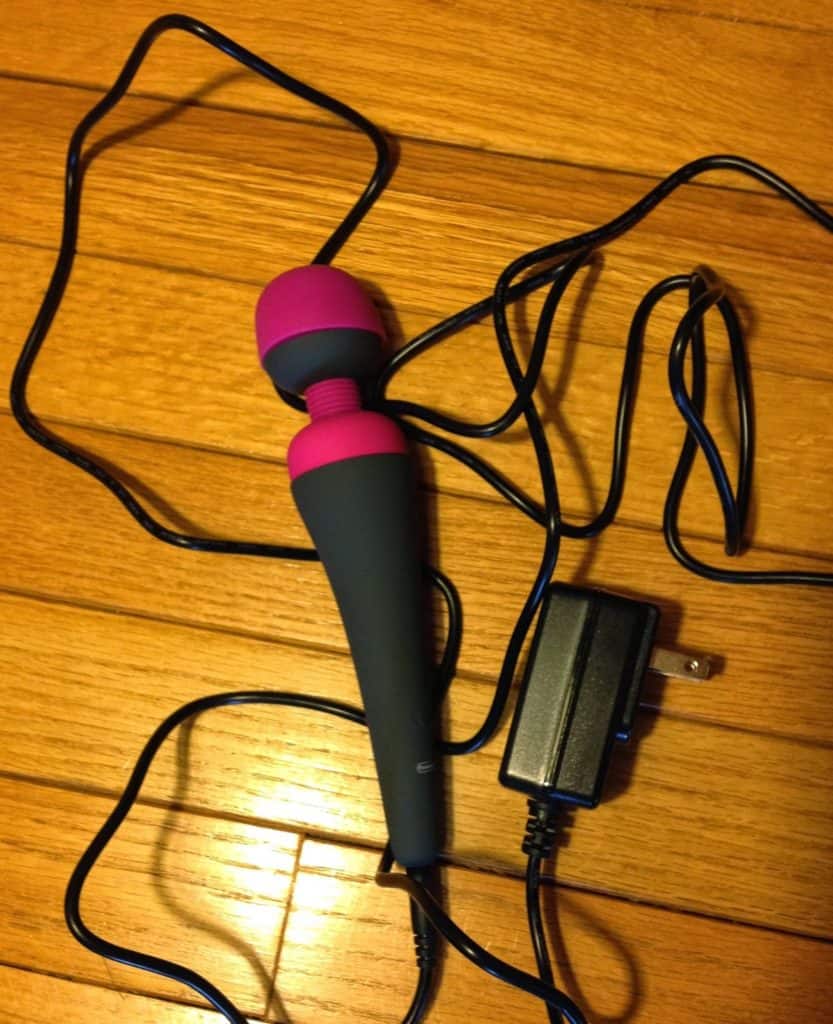 Hmmn, I think those are the only cons. It’s a fabulous product!

Thank you, The Smitten Kitten, for introducing me to the PalmPower and sending me my new best buddy in return for an honest review. 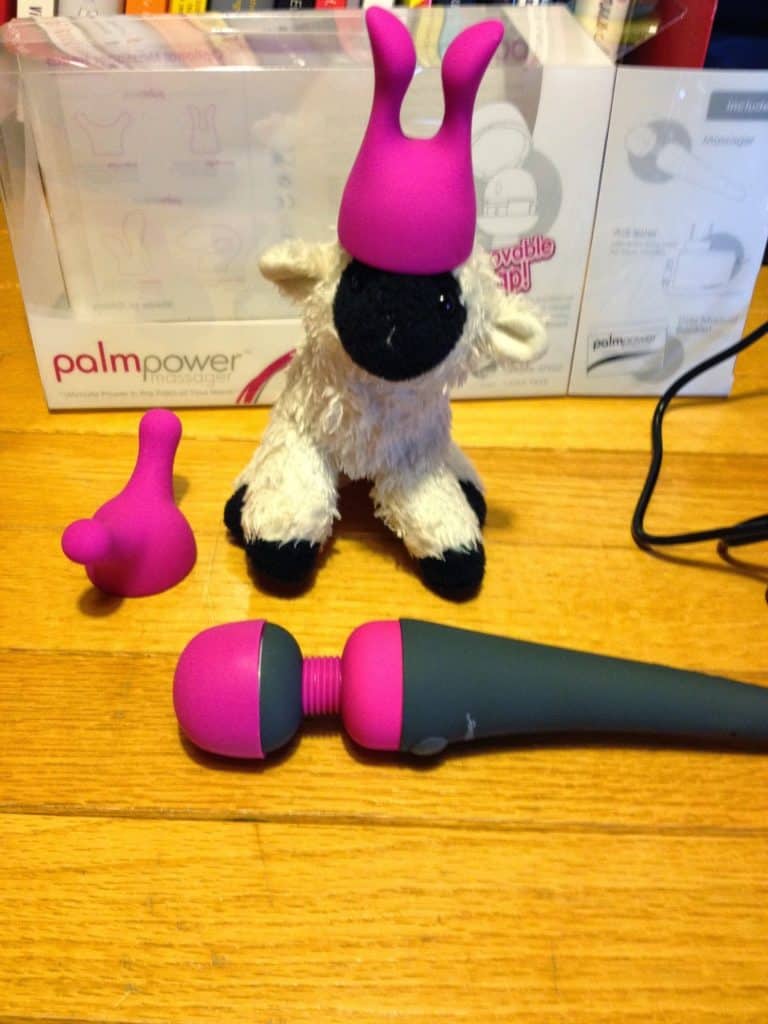