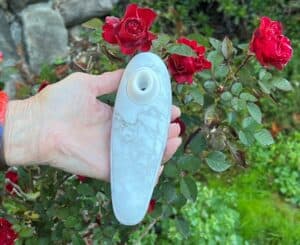 If you’re new to “Pleasure Air” sex toys, they feel a lot like gentle pulsing and sucking. Apply water-based lubricant to your clitoris, and place the nozzle-looking part over it. Start with the lowest setting, relax, and gradually raise the intensity as you need it. It’s a delicious feeling! 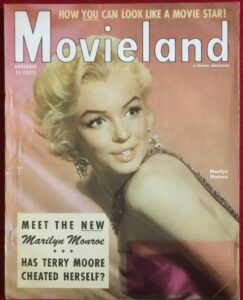 Born 1926, Marilyn became the sex symbol for my generation. I remember devouring stories about Marilyn in movie star magazines when I was in junior high and trying to figure out what being a woman meant. I barely understood what “sexy” meant or stood for, but I knew she was the epitome, way beyond my aspirations. My little breasts were embarrassing. Hers were awe-inspiring.

She had it all, or so we thought. Marilyn died by suicide of a barbiturate overdose at age 36.

The controls on the back are remarkably clear and easy to use. From bottom to top: 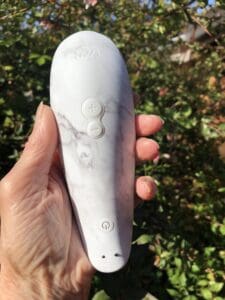 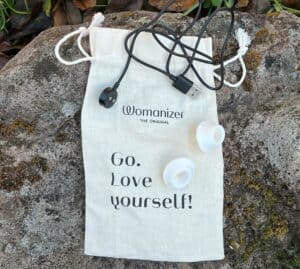 Is Womanizer Marilyn Monroe for you?

I’ve been enjoying and reviewing Womanizer clitoral stimulators since the first one — a hideously garish but marvelously effective game changer — entered my bedroom in 2015. Since then, I’ve reviewed updated Womanizers as they became prettier, sleeker, easier to use, more powerful, altogether more deliciously satisfying.

Thank you, LoveHoney, for sending me the Womanizer Marilyn Monroe™ Special Edition Clitoral Suction Stimulator in return for an honest review. 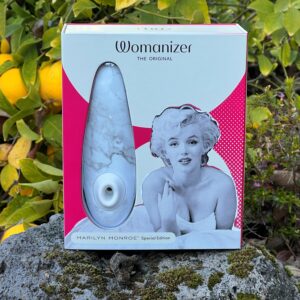