“It’s practically a little penis under that hood,” a 50-something-year-old writer who calls herself “jujuridl” describes the clitoris in “Female Anatomy 101,” an informative blog post on MiddlesexMD. Take a look at this diagram of the complete structure of the clitoris, showing what goes on under the hood, literally.

Those of us in touch with our clitoris — literally and figuratively — know that the sensation isn’t just in the little nub that’s visible (the glans) — the whole surrounding area is sensitive and sensational. That’s because the clitoris and its thousands of nerve endings extend far and wide beneath the surface.

The clitoris is the only part of the human body that has no function other than giving pleasure. Women who have lost sensitivity due to aging and hormonal changes might experiment with self-touch, partner-touch, and/or vibrator-touch using pressure all around the visible part of the clitoris, not just directly on the glans. As you see from the diagram, there’s quite an area to explore!

MiddlesexMD was created by for women over 40 by Dr. Barb DePree, M.D., a women’s health provider and a menopause care specialist. Many of us are significantly over 40 and way past menopause, but DePree’s information is plenty relevant to us — and to those who love us.

In fact, is there someone in your life who might understand better how to touch you by seeing this blog post?

I hear and read both delightful and icky stories from readers who are using online dating sites. Have you met people this way? Has it worked for you? What are the highs and lows of this new world of dating opportunity?

I hear from readers that both men and women notoriously post outdated photos on their profiles, understate age and weight, overstate financial stability and looks, and so on. At the other end of the happiness bell curve, I hear from readers who instantly (or after 3 dates) had great sex and/or found a love connection with someone they met this way.

Let’s get specific — which sites do you use, or have you used, and what have your dates been like? Which ones have a lot of single seniors to choose from?

What are the pros and cons of the sites you’ve used? Inspiring stories, funny stories, worst-date stories — I welcome them all. I’d like to hear from single seniors and elders so that the information is targeted to my readers, and please name the site.

I’m also looking for a volunteer posse who would like to report back on an ongoing basis as you look for matches, email, meet, and date (or not). Email me if you’d like to be one of my confidential reporters.

Note: Please don’t comment here in order to advertise a site you operate or work for. Instead, if you’re affiliated with an online dating site, please email me with all pertinent info rather than commenting here. I promise I’ll respond and look into what your site offers.

Beware of guys who are “legally separated” and don’t post a photo of themselves. Watch out for profile names (you usually don’t use your real name for your profile, I am Granny Boogies, Granny B and NVHeart on my profiles). If you find a profile name like 694U or Buttlover, you might want to take a pass. You also might want to skip the profiles without any personal information, where the answers are “just send me a message”. Watch out for guys 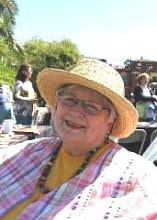 who take photos of themselves in their bathroom. Keep a sense of humor, remember men are both wonderful and strange. Use common sense, first dates in a public place and let someone know where you are. Yes, we are grownups so let’s use our grownup smarts.

I get frequent emails from men age 19-40+ who are attracted to women age 50-70+. They ask me how to meet women who might be open to a relationship with a much younger man.

I also hear from women who are surprised by — and welcome! — a younger man’s interest, and others who would rather not date someone younger than their son. An example in that last camp is “Granny B” who describes her blog this way:

GrannyBoogies on the highway of life!
The life and adventures of a senior woman looking for her last Love. Is there sex after 70? Do senior dating services work? Will Granny find her soul mate?

Granny B recently posted about being pursued by a younger man via an online dating site. I posted this comment on her blog:

On my blog about sex and aging, I hear from younger men all the time who are attracted to older women and ask how to connect with them. These men say they value the woman’s experience, self-knowledge, ease of communication in and out of bed. If you’re honestly not attracted to a man younger than your son (every man is somebody’s son!), then you’re right to send him on his way gently. But if you’re intrigued, you might get to know him!

Many of the younger men who write me describe warm memories about being introduced to sex by an older woman. Others tell me they respond to the wisdom and maturity of an older woman.

Check out my other posts on this subject.

Note to the men who want to talk about this. Yes, I welcome your comments here and your emails to me, but please — we’re talking about this subject with dignity. Do not send me your masturbatory fantasies or make me the object of them! (Please don’t be insulted by this request — I’m only saying this because it has happened a few times and that’s not what this blog is about.)

Many readers have reported concerns about how to reclaim their sexuality after a heart attack, cancer, or other health event. I asked licensed psychologist and sex therapist Stephanie Buehler, Psy.D., to provide some tips for the new book I’m writing. Her information was so valuable that I didn’t want you to have to wait for the book:

Stephanie Buehler, Psy.D. is a licensed psychologist and sex therapist, and Director of The Buehler Institute in Irvine, California. Visit her blog about sex and intimacy.

Note: You can locate a sex therapist in your area through AASECT, American Association of Sexuality Educators Counselors & Therapists.)

Want more ideas? Read my 7 Tips to Spice Up Your Sex Life post.