Update 7/3/12: I’m sorry that Andy Griffith died, and I worry that his death will create interest in Play the Game, an awful movie. I’m moving my review from August 2009 to the top today, hoping to steer you away from spending your valuable time seeing this film. No, it doesn’t empower seniors or teach about senior sex — quite the opposite. — Joan Price

You’d think that a lively movie about elders dating and having sex (or wanting to) would be just the kind of film I’d applaud. I did applaud the idea of Play the Game when I first heard about it — until I actually viewed it. Maybe I’m just too sensitive about senior sex, but I found this film neither funny nor instructive. In fact, I found it cringe-worthy for these reasons:

1. The whole premise of the movie is that widowed Grandpa Joe(Andy Griffith), living in a retirement community, is lonely but doesn’t know how to play dating games, while surrounded by women, one of whom (Doris Roberts) he’d like to date, and another (Liz Sheridan) who wants to seduce him. Grandson David (Paul Campbell) takes the old man under his wing and teaches him to manipulate women.

We’re led to think that Grandpa will end up reversing roles and educating Grandson about how to stop playing games and communicate honestly, respect women, and create meaningful relationships — something Grandson has been unable to do in his own life. But (spoiler alert:) the opposite happens. We learn that the object of Grandson’s affections (Marla Sokoloff) has been manipulating him more than he’s been manipulating her, and has taught her grandmother (Roberts) to do the same. There, I’ve ruined the ending for you and you don’t have to go see it.

The characters all deserve each other. 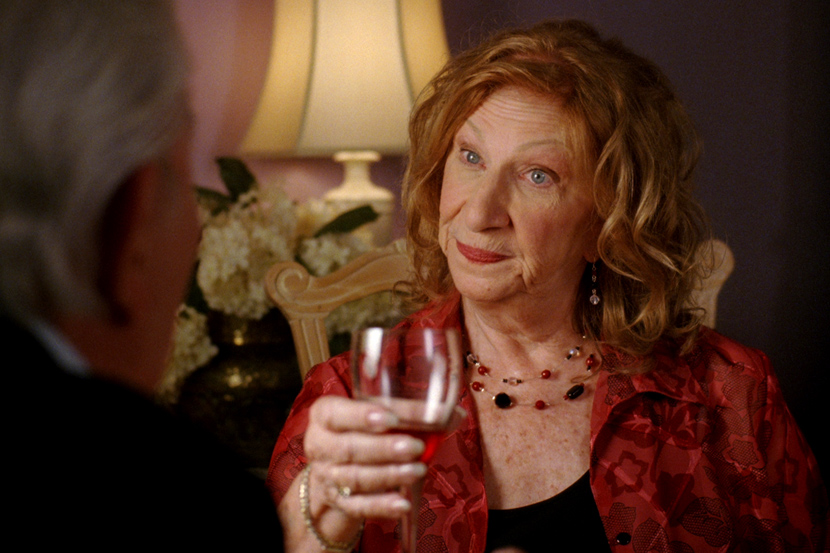 2. One of the so-called hilarious incidents is Liz Sheridan as an elder seductress crushing Viagra into a glass, adding wine, and giving it to her seductee without telling him what’s in the glass. This is such a horrible, dangerous idea that I couldn’t suspend my reality check long enough to laugh at the predictible results.

“It’s a miracle!” exclaims our re-energized and rising hero. It wouldn’t have been a miracle if he had been on heart medicine — it would have been a death scene. How funny is that? (This scene used to be online, but seems to have disappeared.)

If you must see this (and I don’t recommend it, unless you want to see if you agree with me), please take a teenager with you and plan a long talk afterwards to debunk everything you saw. Otherwise, your teen might see it on his/her own and believe the dating advice aimed at both young folks and seniors.

My verdict: Ick, skip it. Here’s the trailer, but it doesn’t show how bad it is or how insulting to seniors.

Tagged dating at our age, movie review, seniors dating
← X1 Orgasmatron review: If a jackhammer is sexySeniors Dating: Why so hard to find chemistry? →