Why? When we write sexy stories, we recapture peak moments in our lives. We can conjure all kinds of sensory details that make the story vivid. Or we can imagine an encounter we never had and bring it to life as a fictional story. We realize our desires in a safe space. Anything is possible on the page!

Reading erotica created by others our age is also fun, and a great inspiration for old age sex. Some examples I love:

You’ll find more examples on my website, www.stellafosse.com. These books are enjoyable, and you can even use favorite sentences from their stories as writing prompts for yours.

Now let’s give it a try!

Recall an especially sexy experience in your life. It could have happened yesterday or twenty years ago. Remember it with all your senses:

On your first writing day, take just ten minutes and begin to write what you remember. If some aspect of the experience eludes you, feel free to make it up as you go.

I hope you will try writing erotica, and that it brings you much joy.

6/22/17 update. I was just telling a friend about this hilarious review and decided to bring it to your attention, too. This post is from March 2013. Yes, Ageless Erotica is still available, from either my website (autographed!) or Amazon. The book and I are 4 years older now; otherwise nothing has changed!  — Joan


When I read Roz Warren‘s review of Ageless Erotica at HumorTimes.com , I laughed so hard that I immediately asked the writer for permission to republish it here. Enjoy! — Joan

The stories in Ageless Erotica are a fascinating mix of the sensual, the medical and the humorous. The writing itself is all over the place. Laughingly abysmal. Unabashedly smutty. And, often, oddly moving.

Here’s a sampling of my favorite lines:

“My yoni was a ravenous hollow.”

“In a flash, he was butt-naked except for his socks.”

“My first blue cock. Would anything else on earth ever feel so good?”

“I played his instrument with my mouth as if it were a flute.”

“You are amazingly well constructed,” he said. “There’s evidence of too much sun on exposed areas, leaving a coarseness to the skin, but,” he added, stroking my ass, “the hidden parts are the silkiest I’ve ever felt.”

“Lifting her breasts away from her chest, he kissed his way down, until he found her sparse, gray pubic hair.”

“You have such beautiful, manly nipples, sweetheart.”

“I skipped teasing him with the knitted glove and went straight to the surgical one — in my actual size.”

“Filthy incoherence is always a positive sign at that point in our lovemaking.”

“He wants me naked when I fling the front door open.”

“It’s my boyish charm, as I’m told, that hangs around, unlike my hair.”

“A heavy date requires a slow day beforehand and a preparatory nap.”

“Off to the bedroom?” I asked with a wink.

“We were naked before we even washed our vibrators.”

“I couldn’t remember if I had shaved the gray hairs from my lollipop just in case it was going to get licked.”

“Barry took my legs and spread them like a wishbone.”

“Tom Maynard, you’re as hard as a prize salami!”

“You can thank my hormone supplements. They do wonders for this kind of thing.”

“His first question when we met was, ‘Do you know how to gut a deer?’”

“He says, ‘I’m prepared,’ code for the Levitra pill he took a half hour ago.”

“My heart resumed a normal rhythm, all fears of another infarction vanished.”

“His tongue slid around my clit, which I’ve named Ethel, and over it, and too soon, I flooded with warmth.”

Intrigued? You can find Ageless Erotica at your local indy bookstore.

If it’s not in stock, just give the salesperson a lascivious wink and ask him to order it for you. And Ethel.

Roz Warren writes for The New York Times and The Funny Times. Her work
also appears in Good Housekeeping, The Christian Science Monitor and The
Philadelphia Inquirer. Visit her website.

This review (c) Roz Warren first appeared at HumorTimes.com on March 30, 2013. It is reprinted here with Ms. Warren’s permission.

The anthology that became Ageless Erotica (Seal Press, 2013) had been a gleam in my eye for years. The older I got and the more erotica I read, the more I wished for erotica that reflected my age, my experiences, my challenges, my sexuality living in an aging body. I wanted erotica that acknowledged the challenges, the liveliness, and the creativity of older-age sex. Twenty-nine erotica writers ages 50 to 70+ came through with stories that amazed and delighted me.Do people over age 50 need or want erotica about our age group? Personally, at 69, I enjoy sexy writing, but I don’t respond to youth-focused erotica with its quick arousal and inevitable
orgasms. When I read about a couple slamming each other against a wall or onto a kitchen counter because their drive is impossibly urgent, my reaction is “ouch,” not “ohhh.” I want to identify with the characters, and I’m most stimulated by writers who write from an older perspective, using characters of our age, experiencing our challenges.Many — most? — people don’t feel this way at all. They’re aroused by characters and scenes that fill a fantasy that is unrelated to age and that takes them away from the realities of their own lives. They don’t want to be reminded of arthritic knees or undependable orgasms when they’re reading erotica.

Even among my own Ageless Erotica writers, there was no agreement when I asked them about the importance of “senior erotica.” Here’s a sampling of their comments: 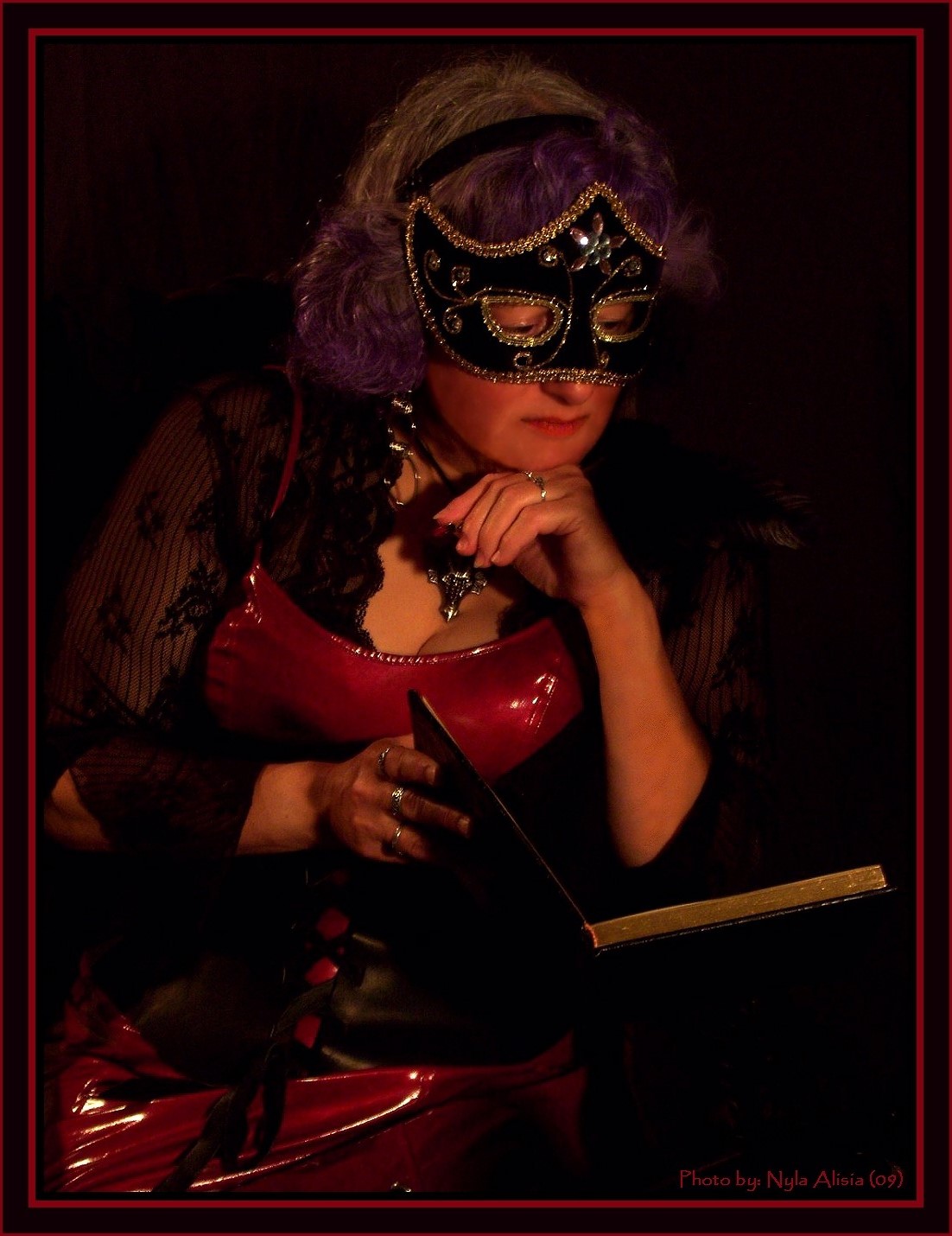 Is “senior erotica” a trend? We may never know, because we don’t talk much about our erotica appetite or
preferences. But we can make it a trend just by buying, reading, and talking about erotica that
acknowledges our age group.
You’ll be surprised and, I hope, delighted, to expand your fantasy life to see
what is possible at our age! Why? Because it has given me the chance to tell the truth about enjoyable sex between two 50-something people who’ve been married for 27 years.

On the face of it, what’s the big deal? All memoirs describe real experiences. Yet a careful look at the portrayal of sexuality in our culture shows that positive descriptions of mature sexuality are extremely rare. I’ve been hesitant to try it myself. Without question, Ageless Erotica will help redress that lack.

However, I believe the impact of this book is even more revolutionary. By busting apart the myths about sexuality for older people, we question the stereotypes that hinder us at every age. Writing erotica is all about steamy images and sensibilities, so I consider it a professional duty to pay attention to the media’s presentation of sex. I see three major “acceptable,” but limiting, ways to discuss sexuality today.

Every time someone has the courage to reveal her genuine experience of sexuality in a way that breaks out of safe cliché, she opens the door for others to speak out and look within to define their own truths. There’s potential for release from all kinds of damaging assumptions about what sex is for real people.

If you don’t have to look like Angelina Jolie and Brad Pitt to have a great sex life, what other lies are restricting us from owning our potential? Do married couples have to grow bored with each other? Must sexy feelings fade after menopause? Is passionate love beyond our reach after 30? Is dewy innocence really sexier than knowing who you are and exactly what you want in bed? Indeed, since we all hope to live long, rewarding lives, what could be more encouraging than reassurance from wise, experienced lovers that great pleasure lies ahead for as long as we desire it?

Donna George Storey is the author of Amorous Woman, a
semi-autobiographical tale of an American woman’s love affair with Japan. Her
fiction and essays have appeared in numerous places including Fourth Genre, The
Gettysburg Review, Prairie Schooner, Penthouse, Best American Erotica, and The Mammoth Book of Best New Erotica.  Read
more at www.DonnaGeorgeStorey.com. Her story in Ageless Erotica, “By Invitation Only,” is based on a recent
lunchtime interlude with her husband of 25 years. Their motto is “you never
stop learning” — especially when it comes to pleasure.